HomeTravel10 things to do in Puri to make the most of your... 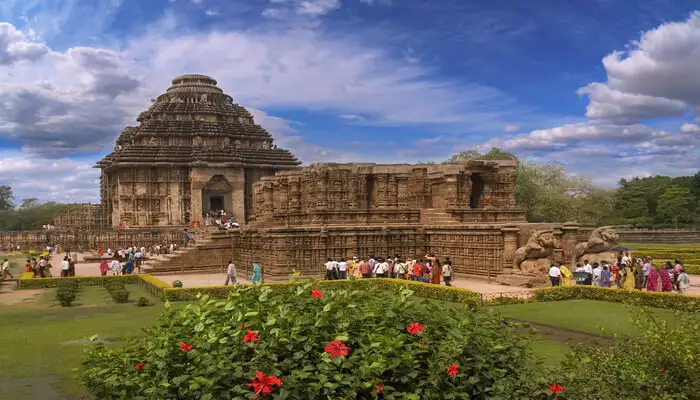 The city of Puri in Odisha is home to famous age-old temples like the Jagannath Temple, the Markandeshwar Temple and the Konark Sun Temple among many others. It is said to have been a pilgrim centre for hundreds of years and was visited by Adi Shankaracharya. Stories, legends, and myths along with architecture and crafts that tell all, are what makes Puri the way it is. If you are travelling solo and find yourself in Puri for a variety of reasons, whether for the first time or not and you feel a little out of depth because you are confused as to what to do and in what order, then this list aims to solve your confusion once and for all. Indeed, we ardently hope you are well-aided on your visit to this magnificent history-rich city of Puri.

Without the mention of this place, a visit to Puri is incomplete. The temple is dedicated to Lord Jagannath, who is an avatar of Lord Vishnu. It is dedicated to three deities, Lord Jagannath, Devi Subhadra and Lord Balabhadra. This temple was rebuilt several times and began in the tenth century by Anantavarman Chodaganga, the first king of the East Ganga dynasty. Every year, the three principal deities are taken out to be pulled on chariots and taken over the town. This is called a Rath Yatra. The temple is sacred to Hindus and many come here to complete their pilgrimage.

Gudincha Temple is the destination of the annual Rath Yatra from the Jagannath Temple. The temple is empty for most time of the year except the 9 days that the three principal deities of Jagannath Temple are hosted here. The architecture is magnificent and done in the Kalinga style. You can visit these to partake in the festivities or admire the temple architecture.

A 13th-century temple, Konark Sun Temple is said to have been made by Narasimhadeva I of the East Ganga Dynasty. While much of the temple is in ruins, it is still a marvel and worth the visit. It was dedicated to the Sun God and was declared a UNESCO Heritage site in 1984.

The place where Markandeshwar Temple is built is said to be the place where the sage Markandeya meditated upon Lord Shiva. The temple also has a tank and both these structures are said to have been built around the 12th century AD. This temple is a popular pilgrim site as well and those travelling to Puri can visit this temple.

‘Bedi’ means chained and the story behind the name is fascinating. Lord Hanuman had been asked to watch over the holy city of Puri, But tempted to eat laddoos, he heads over to Ayodhya without letting Lord Jagannath know. He, therefore, gets chained to the place where the temple now stands by Lord Jagannath as punishment and is made to watch over the city. Hence the temple received its name ‘Bedi Hanuman Temple’. This Temple is a popular pilgrim site as well.

Narendra Tank hosts a small temple called Chandana Mandapa, which is famous for the annual Chandana Yatra of Lord Jagannatha. During this festival, all the deities are floated in the tank. Indeed, this tank is considered holy and a dip in it is said to cleanse one of their sins.

The Beach in Puri called simply Puri Beach is a lovely little beach where devotees or general tourists flock to. Adventurous ones can take a swim, or try out activities like boat rides or surfing. If intense activities are not your thing then taking a quiet stroll while watching the scenery around can also be done.

Raghurajpur Village in Puri is a village known for its marvellous Pattachitra paintings. It is a heritage art form on a scroll or a cloth dating back to the 5th century BCE. They are done on palm leaves or cloths making up a variety of items which you can take back home for yourself or your loved ones.

The Sudarshan Crafts Museum hosts a small Buddhist temple and has a crafts centre. The Museum was started in 1977 by Sudarshan Sahoo and hosts his artwork like carvings in wood, stone, fibre and glass. There are items that are rare and exhibit the cultural heritage of Odisha. The museum is closed on weekends and open during the weekdays from 8 am to 8 pm.

Pipili is a village where the famous pipili artwork came into existence. Pipili artwork consists of applique work where a variety of colourful clothing is stitched onto a base cloth. This artwork is said to have been around since the 12th century and is a unique heritage of the city. A variety of items like lampshades and pouches have pipili artwork done onto them. Travellers to this city can buy them and take them home as a souvenir.

The city of Puri has a multitude of unique cuisines that guests can try out as well. They include Dalma, Chatia Peda, Santula, Rasabali and their very own cheesecake, Chennapoda among others.

We hope this list has everything to make your Puri experience wholesome. From shopping to sightseeing, Puri has it all and more. Indulge yourselves in a lavish Odiya thali breakfast and head out for a tour of the city. With plenty to see and things to do, you are assured of never being bored and returning home with holiday blues. The influence of the holy temples is sure to act as a detox while the beach fun is set to surely give you an unforgettable vacation.

For lodging, there are many Hotels in Puri and you can also check out our Treebo Hotels. We have many properties in Puri alongside 800+ hotels in 100+ cities with free wifi, complimentary breakfast, and sanitised rooms.

5 Reasons to Tour an Ice Cave in Iceland

5 Tips for Dealing With Unexpected Events While Traveling